Bartenders aren’t just your average folks. Anyone who can put up with that much insanity on a daily basis must be pretty damn powerful, right? Kind of like God. 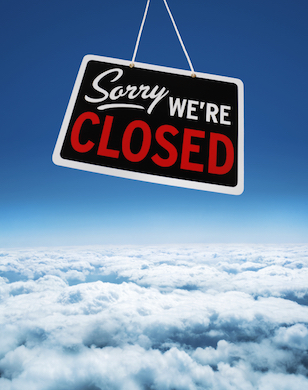 Allow me to be clearer: Bartenders aren’t all-mighty deities whose hobbies consist of floating in the sky, sleeping with their sister and chucking magical lightning bolts at mountain-sized monsters (I’m looking at you, Zeus).

But you know what bartenders are? Patient. Knowledgeable. Honest. Creative. And goddamn mystical.

Here are eight ways bartenders are just like God:

Ask your bartender anything about drinks, nightlife or that weird guy trying to hit on you and they’ll give you the honest-to-God (pun!) answer you’re looking for. They know everything there is to know about people and problems. And the drunker you are, the more unsettlingly impressive their omniscience becomes.

God is said to have created the universe in six days, but bartenders can create far-more-elaborate concoctions in, get this, less than five minutes. The ingredients are basically the same, too: You got your water and your forbidden fruits and a load of stuff on the rocks (OK, promise, no more terrible puns).

If you’ve ever been a tad too drunk and tried to order another drink, your bartender probably said something like, “Dude, I’m gonna have to cut you off now.” And just like God or a guardian angel, your bartender’s got your back. While some bartenders may be annoyed by your antics, most care deeply about your well-being—or at least enough to know it definitely ain’t your time to die.

4. They talk to you when you’re feeling down.

Some people turn to God during a crappy day; others head to the bar to discuss their innermost problems with a local bartender. At least with bartenders, you know they’re there to give you some one-on-one attention and relevant advice. Poor God, on the other hand, has to listen to a billion prayers at once.

5. You can confess your sins to them.

Bars don’t look a thing like confessionals, but they’ve likely witnessed more confessions than even the oldest of Catholic churches. Instead of holing yourself up in a claustrophobic box, spill your guts at a bar. Trust me, bartenders have heard it all. Listening to people’s regrets is pretty much written in their job description.

6. They have many followers.

On Twitter, that is.  And people will travel all across town to see them. Yes bartenders have plenty of followers.

7. They're always in the same place doing the same old stuff.

Kind of like how gods have been incessantly depicted bopping around the clouds for the past few thousand years, bartenders are always exactly where you expect them to be—slouched behind a bar, mixing drinks and gossiping about that weird guy who tried to hit on you earlier.

Whatever you do, don’t get on your bartender’s bad side. Whether you’re a professional asshole or are simply dealing with a typical bad day, bartenders aren’t required to take crap from anyone, and that most certainly includes you. If you continue your shitty behavior, expect some pretty extreme punishment, Moses-style. Yep—I’m talking permanent exile.