Humans  have basically been getting drunk since graduating from caveman status. Small amounts of alcohol have been found in the pottery of ancient Chinese civilizations.

And there's written mentions of the stuff as far back as the time of Julius Caesar. The earliest booze may have been crudely made from whatever was available, but everyone made something. 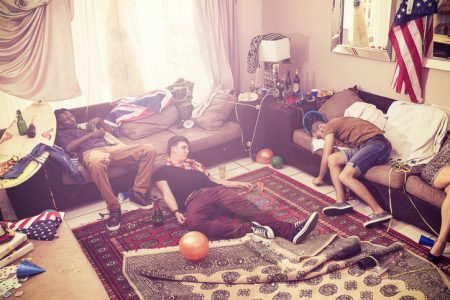 Since those early days, alcohol has continued to be a major part of our daily life. There’s very few cultures that don’t partake. Even those places where it’s illegal often have loopholes like “hotel bars” for tourists.

Because bars have been a staple of our lives for centuries and a popular public gathering place throughout history. In an interesting way, the history of bars and bartending is the history of humanity. Read on for some interesting facts about alcohol, getting drunk, and the people who make it all possible (kind of).

Humans Were Getting Drunk Since the Very Beginning

In ancient civilizations, alcohol was mainly used for medicinal purposes. Ancient people believed it could heal disease and fight infection. It was also used in ceremonial service to the gods. And there is evidence to suggest that humans have been producing alcohol as early as 10,000 BC. This is now known as the Neolithic period. The ancient Greeks in particular loved their booze and had many mythologies surrounding it. They even had a specific God, Dionysus, devoted to wine and merriment. Sounds like a fun time.

At first, alcohol was just the accidental by-product of rotten fruit: fermentation. The first record of an actual distillation process which vaguely resembles what we know today wasn’t until the 1st Century AD in Greece.

So, the very first bartender was whichever dude realized that eating rotten fruit made you feel funny.

The Modern American History of Bars 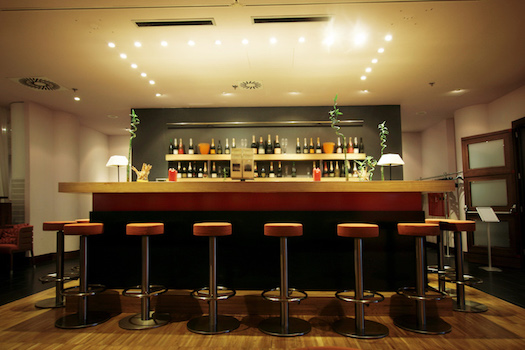 Diving into alcohol throughout history across the entire planet is a bit much for one article. Let's focus from this point forward on bars in America. It's hard to determine which bar is the oldest in the US because of lack of records. And the obvious fact that the very first bar ever built probably doesn't exist anymore. Currently, it is thought that the oldest bar in the US is The White Horse Tavern in Rhode Island. This place claims to be in operation since 1673.

The first bars in America were gathering places for people of all types and often served as official meeting locations. Supposedly you could find priests giving sermons and government officials discussing legitimate business.

It is often cited that many historical events took place in bars. Supposedly George Washington met John Adams at the City Tavern in Philadelphia and from there the seeds of the Independence were sowed. Even Abraham Lincoln was a bartender of sorts, working the counter at a general store that sold bottles of booze!

Prohibition and the Black Market

In 1920, thanks to the growing Temperance Movement, the sale and manufacture of alcoholic spirits was nixed by the Volstead Act. During this time that bootlegging was born, Boardwalk Empire style. This law was pretty tough to enforce though and as the great Depression began creeping in. Making bars legal again would have led to much needed jobs and tax revenue.

Bartenders at the time of prohibition would have been working in secret “speakeasies” and charging a super high price for booze. 1933 saw the end of prohibition and the biggest night of alcohol consumption in history (just kidding, but maybe though!).

Today the bar industry is thriving. The demand for quality, craft beer and liquor is higher than ever before. The Brewers Association estimates that the total beer market was worth $105.9 billion in 2015, with the craft beer market making up a whopping $22.3 billion of that figure!

Us bartenders get a lot more respect too. There’s recently been a push to give us minimum wage across the US and there’s a growing number of resources available to us.


So, throw a few back (responsibly) and think of the truly great tradition you’re a part of. Just don’t tip like it’s the 1600s.