You’re a newbie at the bar and you hear a lot of different bartending terms being yelled out. You have no clue what they mean but too intimidated to ask.

No worries, here is a quick guide and definitions to some of the more common bartending terms. 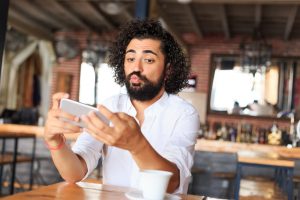 Now this is a bartending term not only used in bars but also in restaurants. It means the bartender is running out of something or want to get rid of something. A bartender can yell out to the staff to 86 the margaritas because they are out of tequila. Or they can tell the manager to 86 a patron because they have had too much to drink.

The use of this bartending term supposedly dates back to the 1930’s restaurant industry. But a popular belief is that it came from the Prohibition-era at a bar called Chumley’s at 86 Bedford Avenue in New York City. The story goes that a paid-off police officer would tell a bartender to 86 his customers when a raid was about to happen.

An ‘Up’ drink is a drink that has been chilled through by shaking or stirring then strained into an empty glass with no ice. The origin dates back to 1874 and most likely meant that a customer wanted a drink served in a glass with a stem.

When you order a ‘Neat’ drink it means that the alcohol will be poured from the bottle into a glass and served at room temperature without any ice. Most likely this bartending term was used in the late 16th century to signify or order unadulterated wine.

This term means that the bartender is working behind the bar performing the actual bartending rather than managerial tasks.  The term ‘stick’ refers to the tap handles used for pouring glasses of beer, but this is not confirmed.

This is where you add ice to a glass and then add the spirit and mixers. How you pour the drink afterwards depends on how you serve the drink. For example if you serve a martini you build the drink. You do that by adding the ice, the gin, the vermouth and possibly the bitters, stirring it and then straining. If you were to build a margarita, you pour the ingredients into a glass, shake and strain.

This is seldom used bartending term for mixing a drink.  What you do is that you build a drink in a mixing glass. Then gently pour it into a shaker tin or another mixing glass to mix the drink together. Bloody Mary’s sometimes are made in this fashion. Because if you shake them the tomato juice can become all foamy.

Half the fun of going to a bar is being able to learn all of the bartending terms and use it in practice. Now when you go to a bar, you’ll be able to confidently say these few terms to the bartender and enjoy your evening.