There are approximately one million kinds of bars in the world.

Fill out your Bartender profile on BOTY 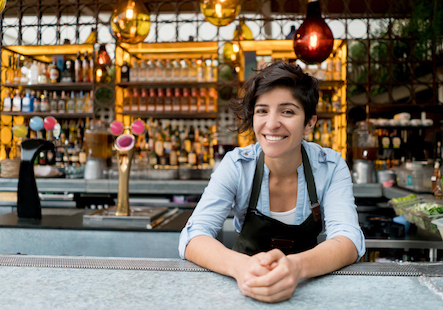 Check out the Different Bartender Personalities

From the traditional Irish pub to the uber-fancy cocktail bar, there’s something to suit every taste.  And behind the counter in each one you’ll find different bartenders pouring and shaking.

Here we’ve given you our take on some of the classic types you’ll find during your bar hopping adventures.

These different bartenders is someone who cares about craft.  They may have studied bartending under a well known restaurateur or perhaps they’re a self-taught drink scientist.  Although often mocked amongst other industry people, secretly we thank you; you have elevated the art of bartending in society’s eyes.  The Mixologist understands things like “flavor profiles” and how to balance bitterness with sweetness.  The bars they work in most likely have a dozen mason jars filled with unique garnishes and ingredients.  While the drinks might cost a bit more, if you love liquor, there’s nothing better than being served by someone who really knows their stuff.

For a lot of people, bartending is a means to an end; a job to keep you flush during college or something you do during a brief stint of unemployment.  However, there are many, myself included, that have been doing this for years.  Different bartenders is a great gig; flexible hours, a rich social life, and excellent money.  You’ll know the long-term employee by their unflappable attitude, seemingly unending drink knowledge, and how they appear to know everyone else in the industry.

All hail club staff.  You are truly the unsung heroes of our world.  Your workplace is hot and loud, your customers are drunk and demanding, and your hours are long and grueling.  You may not always have it in you to smile, but you serve and serve and serve.  If it weren’t for your high-volume skills, everyone would go thirsty.  And we know you’re laughing all the way to the bank.

Sometimes similar to the Career Bartender, the local bartender isn’t just some random person behind the stick, they are a beloved part of the community.  They know everyone in the neighborhood and are often friends with many of their regulars.  They may even live nearby and participate in group outings with their customers.  The Local Bartender is like the glue that holds the neighborhood together.  Ok, maybe alcohol is the glue, but you get the idea.  Often working for years in one place, they have a true following of patrons who would take a bullet for them.

Ah the New Bartender.  Maybe you’re in college, or maybe this is the first real world job you’ve had since you grew out of babysitting.  You arrive on the scene with stars in your eyes ready to make fists full of cash and live that heady lifestyle you’ve heard so much about.  While you will make cash, and you will have fun, get ready for a tough awakening.  The rest of us wish you well.

Often confused with The Mixologist, the Showy Bartender is another entity entirely.  They can be seen crazily flipping bottles and pouring 20 shots at a time with three shakers.  They’ve probably picked this up working in a place where “flare” bartending is part of the appeal.  Wherever they learned it, they’re definitely using it to their advantage.  If you’re not a little bit nervous while they’re working, they’re doing something wrong.  So, while patrons ooh and ahh over flaming Sambuca, the Showy Bartender smiles calmly and then scoops up all their money.

How to Talk to Parents about Bartending

Fill out your Bartender profile on BOTY