When you’re getting drunk at the bar, it’s only logical that you want your favorite drinking buddies to be there with you. With that being said, there’s definitely a scale to how great of a drinking buddy you actually are once you’ve got a bit of the sauce in you. 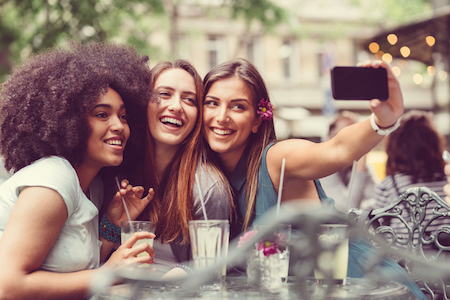 So how do you know if you’re the best out of the bunch? Here are 7 signs that you’re an awesome drinking buddy.

1. You Regularly Rescue Your Friends From Embarrassing Moments

Whether it’s keeping that bro from falling down the stairs or making sure your girl doesn’t drunk dial her ex, you’re the one that keeps your friends from doing something they regret. You’re literally saving lives so be proud of yourself!

2. You’re the Best Wing Man There Is

Occasionally, you step up and take one for the team. When you and your friends go out they can trust you not to cockblock them. You also keep an eye out for people who you think your friends might be interested in getting to know.

3. You Always Know the Best Spots

Whether you’re headed to the hipster dive bar or a trendy lounge, you always know the best spots to take your crew. Everyone can always count on you for an awesome night out.

While this doesn’t technically qualify you as a “drinking buddy,” you’re the responsible one in the group that you’re friends can rely on. As the designated driver, you make sure that everyone gets home safely which is super important.

5. You’re Not a Cheapskate

There’s nothing worse than hanging out with someone at the bar who’s looking for you to buy them rounds because they’re broke. Instead, you’re the awesome drinking buddy who occasionally buys rounds for everyone or even the entire bar. If you want to elevate your drinking buddy status tonight, buying drinks is one way to do it.

6. You Know How to Get the Party Started

If you’re the life of the party, you automatically win as the most awesome drinking buddy ever. After all, what would anyone do without you? You encourage everyone to take shots, you bring all of the energy to the dance floor, and you even know how to tie a cherry with your tongue. It just doesn’t get much better than that, now does it?

7. You Can Hold Your Liquor

Even when you drink a lot, you’ve never had any wild outbursts or puked all over the floor. That along elevates you to drinking buddy god (or goddess) since it is usually that friend who ends (and ruins) the night for everyone. Whether it’s your savy drinking selection skills or your superior genetics, a drinking buddy who can hold their liquor is one of life’s greatest treasures.